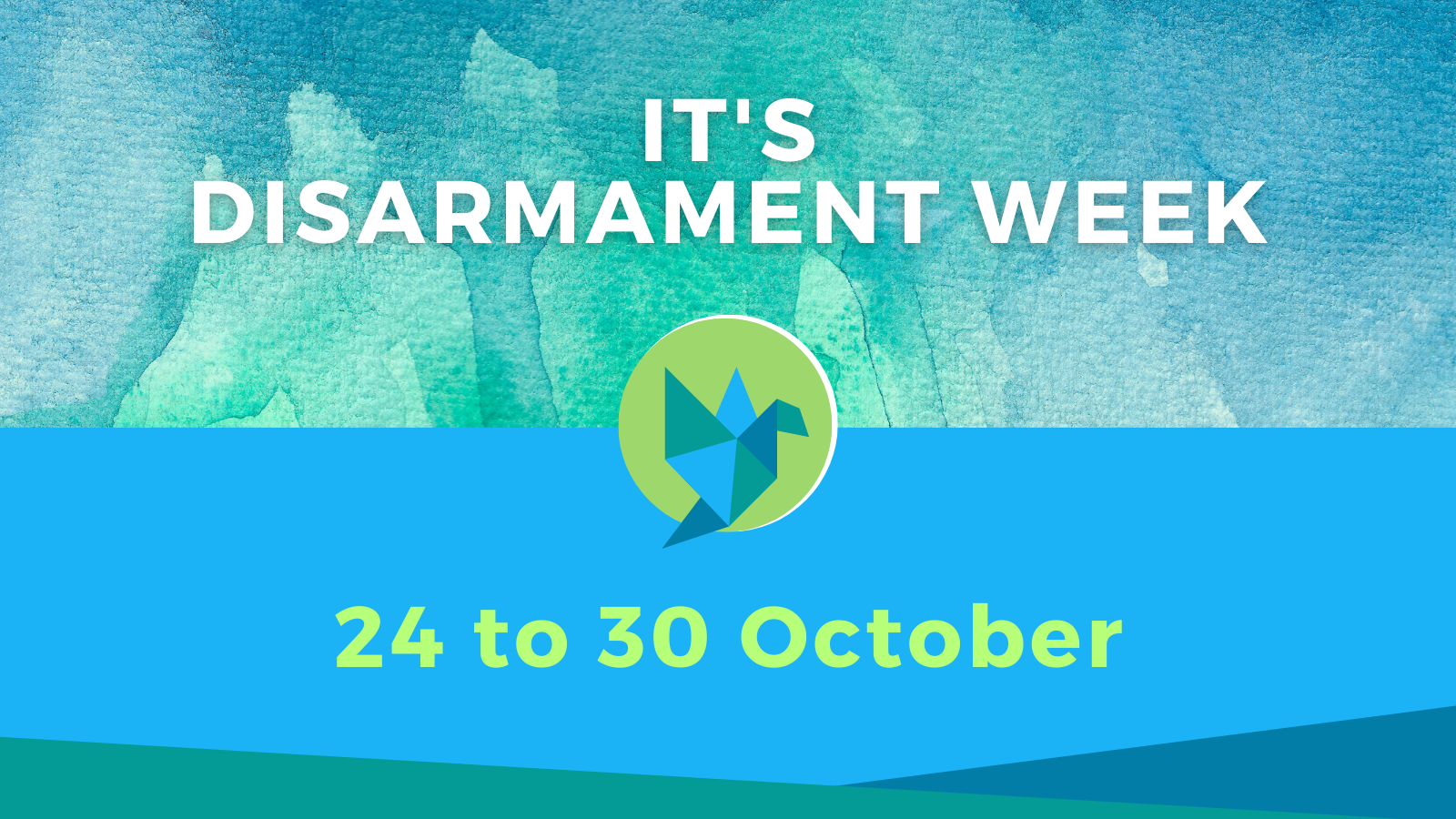 The United Nations is marking its annual Disarmament Week from 24 to 30 October 2022. As the week is used to promote awareness of disarmament issues and initiatives, this year WILPF is focusing on amplifying demands for the abolition of nuclear weapons and urging everyone to get involved to prevent any more harm from these weapons of mass destruction.

Check out our new resource page on nuclear weapons and current nuclear threats and risks, which includes key messages for talking with media or friends and family; an FAQ for details; links to resources that you can share to spread the word about the dangers of nuclear weapons; and ideas for how you can get engaged in the work to abolish nuclear weapons and prevent nuclear catastrophes.

You can also join the International Campaign to Abolish Nuclear Weapons (ICAN) and its many initiatives working with cities, parliamentarians, schools, and financial institutions to end the reign of terror of nuclear weapons.

Consider signing this Open Letter From Nobel Peace Prize Laureates and Citizens of the World Against War and Nuclear Weapons, which WILPF’s Disarmament programme Reaching Critical Will, together with the International Physicians for the Prevention of Nuclear War (IPPNW), presented to the UN High Representative for Disarmament Affairs earlier this year.