Disarmament and development at CSW58

Disarmament and demilitarism are crucial for facilitating gender equality and the rights of women, which is why Reaching Critical Will participates in the Commission on the Status of Women (CSW).

Held each year in New York, CSW is an opportunity to promote women’s rights in political, economic, civil, social, and educational fields. During its 58th session, WILPF staff and members organised two parallel events on the intersections between disarmament, development, and women’s rights. WILPF also advocated for language on disarmament in the agreed conclusions, though a handful of states (led by China and the United States) were able to delete a reference to reducing military spending to help finance development from the final document. 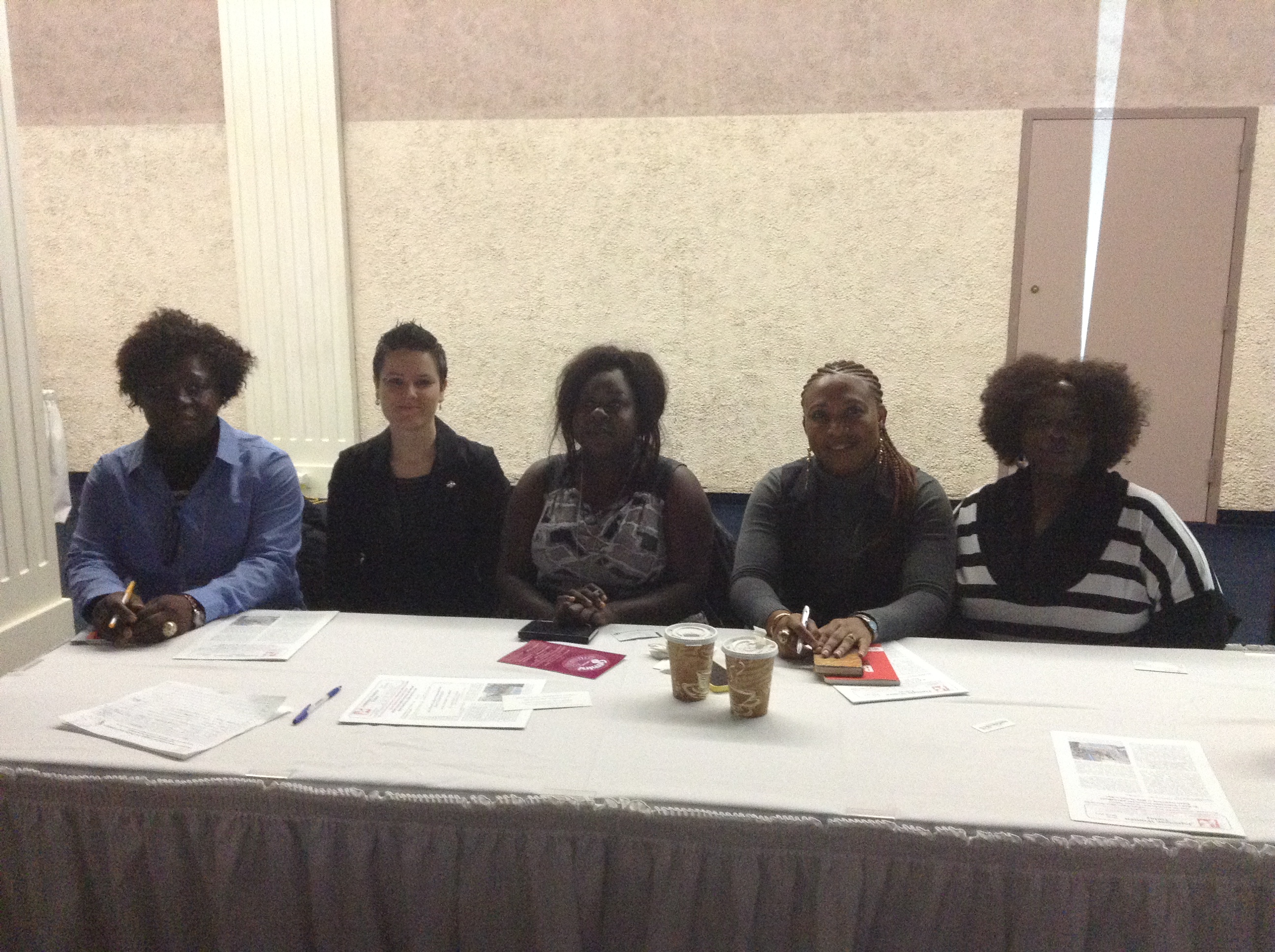 On 11 March, Reaching Critical Will staff participated in two parallel events. The first focused on nuclear weapons and the challenges they pose to fulfilling the Millennium Development Goals for women and girls in Africa. WILPF Nigeria’s Joy Onyesoh, RCW Director Ray Acheson, and speakers from Norwegian People’s Aid and the IANSA Women’s Network examined how African women’s engagement in the nuclear weapons debate can set the agenda for a global movement working towards a ban on nuclear weapons. The panel also examined the challenges that the risk of a nuclear weapons detonation poses to development. Nuclear disarmament, not just conventional arms control, is part of a holistic approach to conflict prevention, noted Joy Onyesoh. African women need to have a voice because everyone will be affected by a nuclear detonation. Nounou Booti Meeti from IANSA Women’s Network described the damaged caused throughout Africa from the use of small arms, and argued that a nuclear weapon detonation would wreak unbelievable havoc on development. She called on activists in Africa to use the history of South African renouncing nuclear weapons and the establishment of a continental NWFZ to lead by example and engage at a global level. The International Campaign to Abolish Nuclear Weapons is calling for the development of a treaty banning nuclear weapons, which would “put all states on the same footing, outlaw nuclear weapons once and for all, and pressure nuclear-armed states to disarm,” explained Ray Acheson. 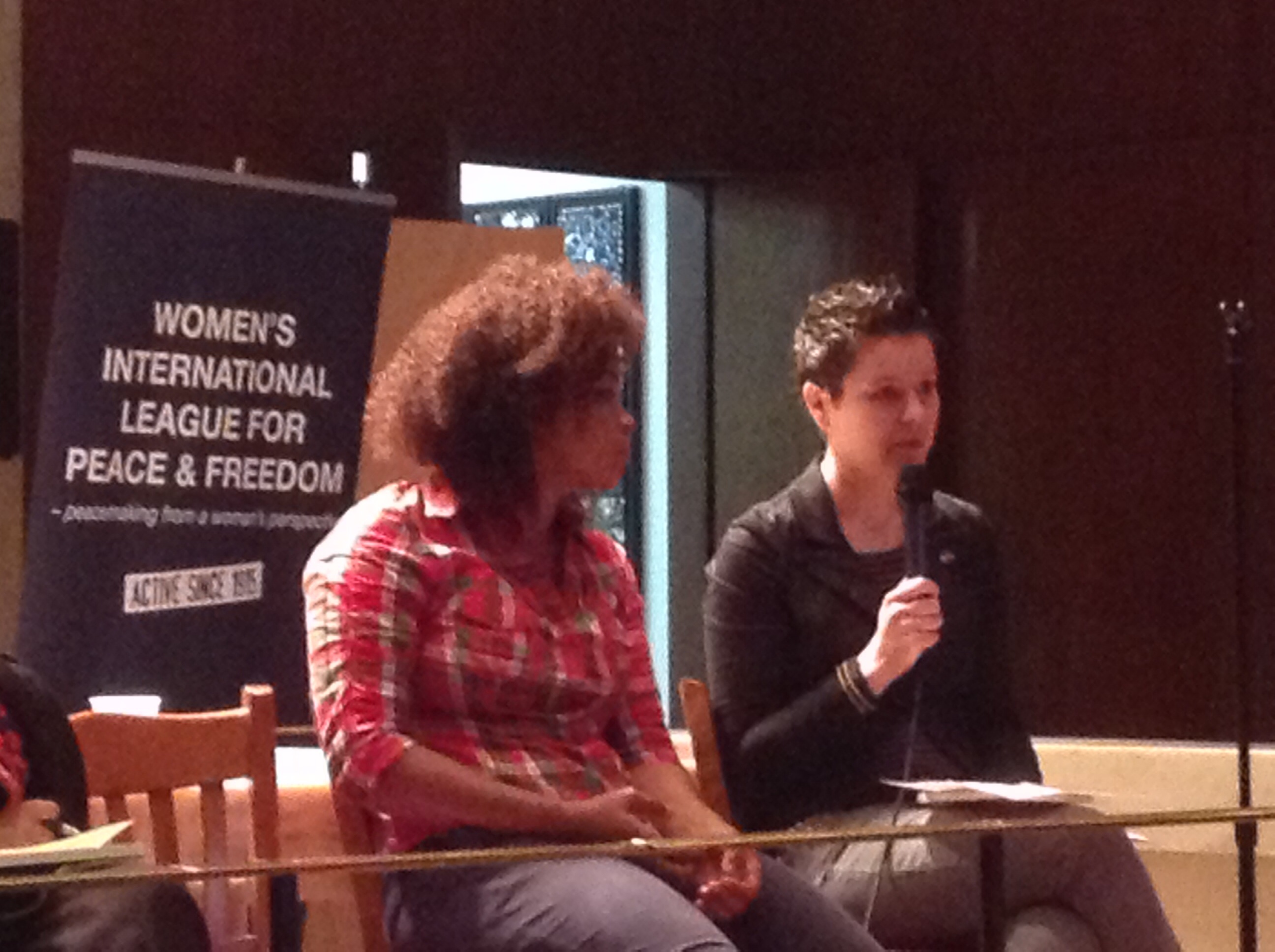 On the same morning, WILPF hosted an event on disarmament and development, bringing together regional and global perspectives on women’s peace activism to discuss how to strengthen an integrated approach to peace as part of a post-2015 development agenda that invests in gender equality, sustainable development and peace, rather than inequality, militarism and war. According to WILPF Secretary General Madeleine Rees, an integrated approach that prevents conflict by reducing militarism and arms and strengthening women’s participation and rights is critical to sustainable development and peace. Rehana Hashmi of WILPF Pakistan discussed the impacts of drones, small arms, and the war economy on development in Pakistan. “This war economy is not taking us anywhere,” she said, adding, “It is critical to involve women in peace dialogues.” Debir D’hejal of WILPF Colombia reminded participants that “peacemaking happens at the local level” and shared examples of WILPF’s work with displaced women in Colombia and as part of the first Colombian women peace summit. “Women are needed to include gender perspective in Colombian negotiation,” she said. RCW Director Ray Acheson described how arms threaten livelihoods and peace, and argued that “the use of nuclear weapons would be catastrophic for development.” Moving from the local to the global, the common message was that we cannot have sustainable development without disarmament and there is a need to invest in equality and peace as opposed to inequality and militarism and war.