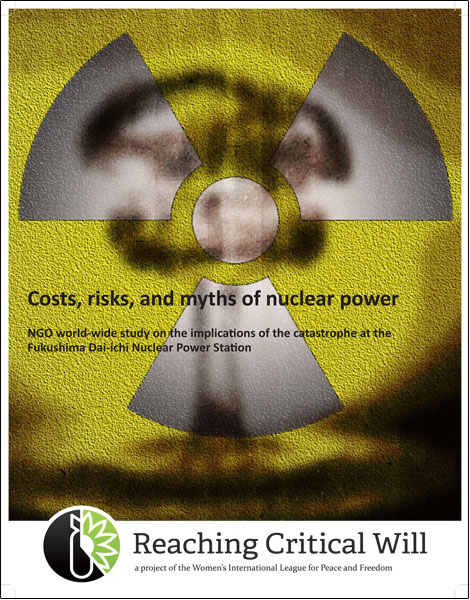 On 11 September 2011, six months after the disaster at the Fukushima Dai-ichi Nuclear Power Station in Japan, Reaching Critical Will released an NGO world-wide study on the implications of the catastrophe.

Costs, risks, and myths of nuclear power: NGO world-wide study on the implications of the catastrophe at the Fukushima Dai-ichi Nuclear Power Station is a collaborative work of non-governmental researchers, scientists, and activists. It was released on 11 September 2011, six months after the disaster at Fukushima and in advance of the high-level meeting on nuclear safety and security that UN Secretary-General Ban Ki-moon will convene at the United Nations on 22 September. Its release is also timed to coincide with the UN system-wide study of the implications of Fukushima commissioned by Ban.

Inspired by the UN Secretary-General’s call for a global debate on nuclear energy, Reaching Critical Will coordinated an international civil society study in order to provide non-government perspectives of the range of issues related to nuclear power. This report includes civil society analysis of nuclear power infrastructure and government policies from around the world. It also articulates arguments against the common myths of nuclear power in its relationship to safety, the environment, renewable energy, climate change, economics, and more.