Preventing collapse: the NPT and a ban on nuclear weapons

This paper examines the complimentarity between the nuclear Non-Proliferation Treaty and a ban on nuclear weapons. 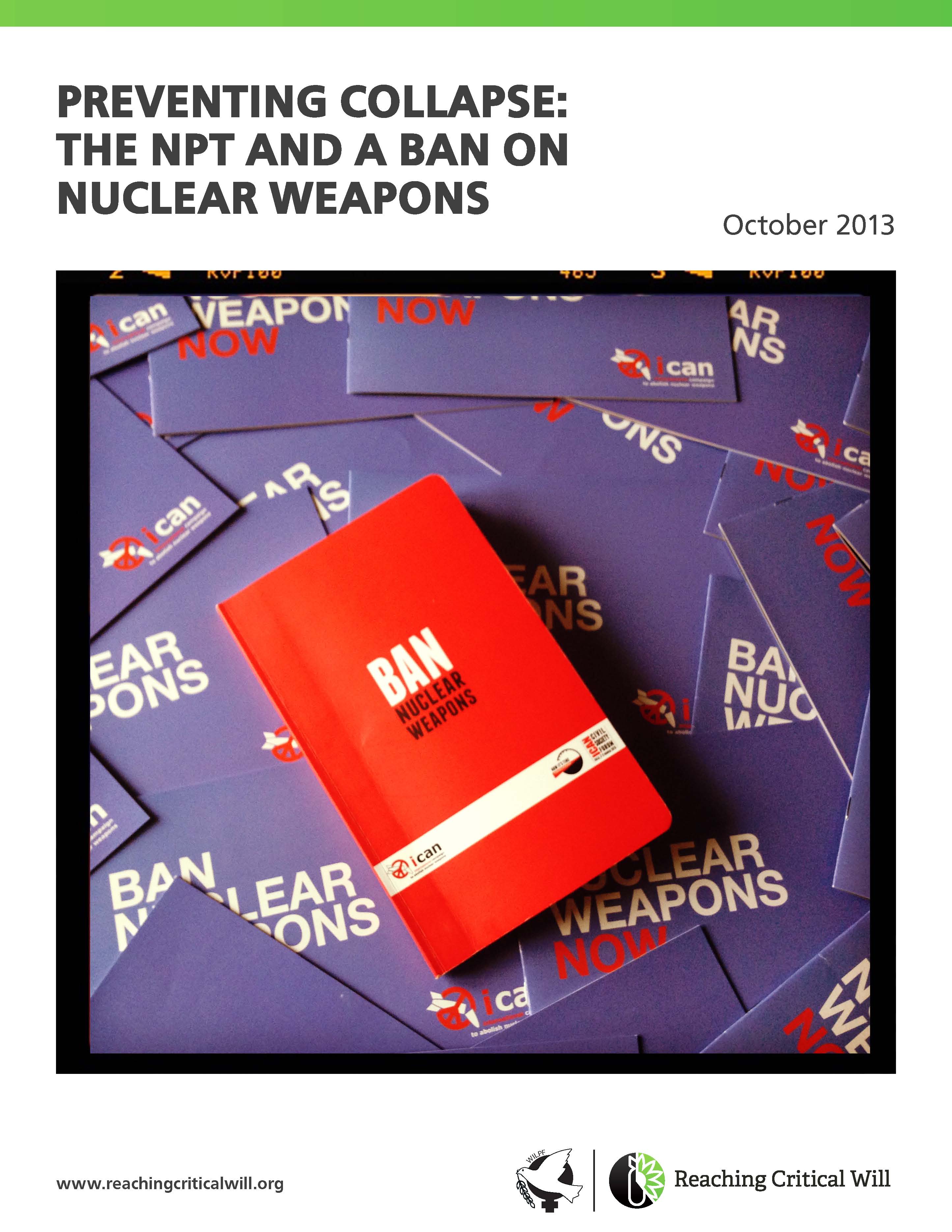 Recently renewed attention to nuclear weapons as instruments of terror and destruction rather than of security and prestige has reinvigorated global determination to eliminate them once and for all. For many, a key strand of the humanitarian discourse on nuclear weapons is the call for negotiations to commence on a new treaty to prohibit nuclear weapons. Some have expressed concern that such a treaty would cut across the NPT and divert attention from it.

This paper argues that rather than constituting a challenge to the NPT, a process to ban nuclear weapons that arises from the discussion around the humanitarian impact of nuclear weapons has the potential to prevent the NPT’s collapse.

We are delighted to offer the online version for free, but please consider making a donation to Reaching Critical Will to help us continue producing the research, materials and information services that we provide.