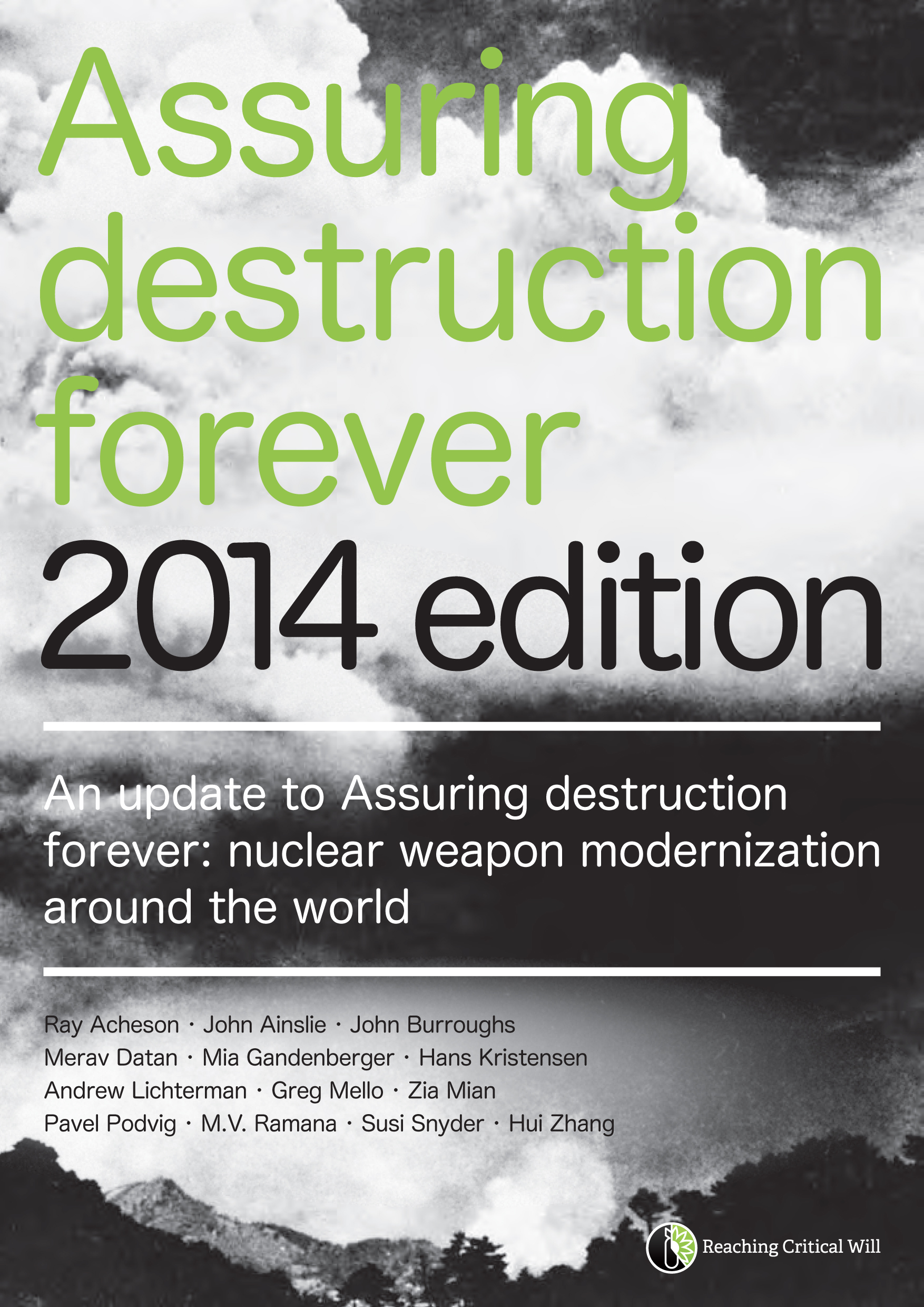 As of April 2014, the nuclear-armed states are estimated to possess approximately 17,300 nuclear weapons. All of them have plans to modernize—upgrade and/or extend the lives of—their nuclear weapons. In Assuring destruction forever: 2014 edition, non-governmental researchers and analysts provide information on each country’s modernization plans. There are eight country chapters followed by three “thematic” chapters that address issues of international law, divestment, and civil society. The country chapters are chock full of detailed information about nuclear weapon programmes and policies while the thematic chapters analyze these policies in a broader context.